Sarin, A Nerve Gas, Might Have Caused Gulf War Syndrome 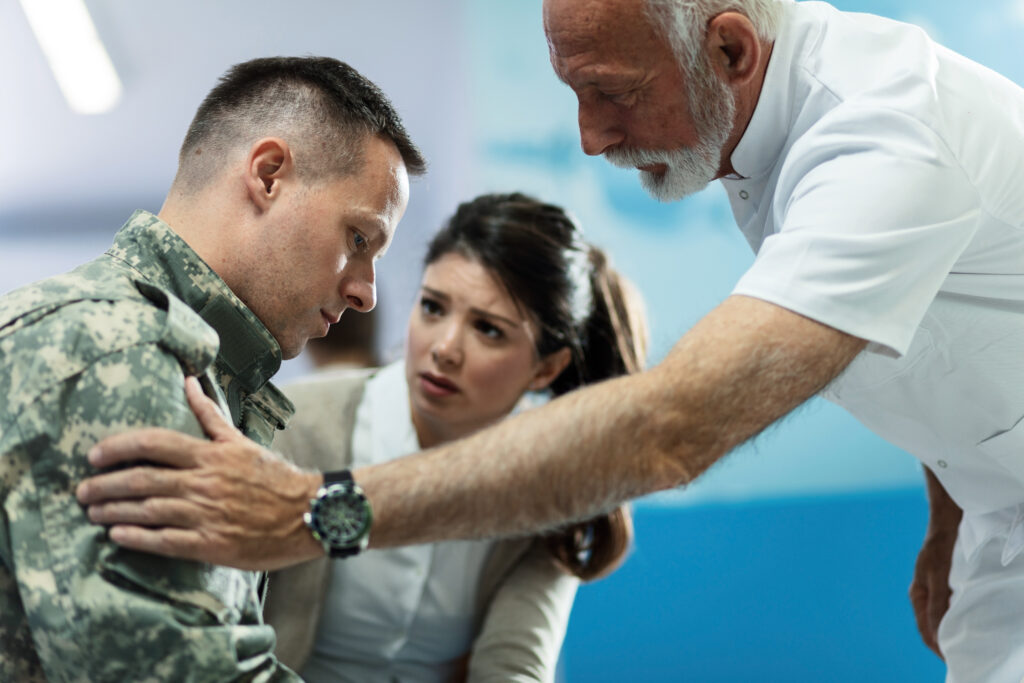 Researchers believe they have now found definitive evidence of the fundamental cause of Gulf War syndrome: low-level sarin exposure after 30 years.

A quarter-million Gulf War veterans have been diagnosed with Gulf War syndrome, which causes various long-term illnesses. They include everything from respiratory problems, extreme weariness, and hazy memory to chronic stomach issues and extensive joint and muscle pain.

One of them is 58-year-old Rick Rhodenbaugh.

Rhodenbaugh had recurrent breathing problems and chronic diarrhea soon after returning home from his 1991 deployment (initially diagnosed as irritable bowel syndrome). Debilitating exhaustion, body aches, complete loss of smell, and a fluctuating between hypersensitivity and insensitivity to pain have been among his complaints over the years.

“There are days when it feels like I have the flu but don’t have a fever,” the Kansas resident explained.

Given that troops were exposed to various chemicals and pollutants throughout the war, including burning oil wells, insecticides, and anti-nerve gas drugs, numerous explanations have been proposed as to the cause.

The new study provides the “strongest evidence yet” that sarin, a nerve gas discharged into the air when Iraqi weapons plants were struck, was the main culprit.

Veterans with a “weak” variant of a gene that detoxifies the body after nerve gas exposure were found to be more susceptible to illness. They claim that this proves sarin was the culprit and explains why some exposed veterans became ill while others did not.

Dr. Robert Haley, who studied Gulf War syndrome for 28 years, said, “We take the position that this is proof of causality.”

Because genes are “randomly assigned” and “cannot be skewed,” linking individual genes to the risk of sickness is crucial, according to Haley, a professor at the University of Texas Southwestern Medical Center in Dallas.

Professor Marc Weisskopf of the Harvard School of Public Health in Boston acknowledged that the study solves long-standing problems in identifying the cause of Gulf War syndrome.

“Understanding exactly what people were exposed to has been one of the great hurdles,” said Weisskopf, co-author of an editorial published online on May 11 alongside the study in Environmental Health Perspectives.

Researchers had to rely on Gulf War soldiers’ memories of their experiences. According to Weisskopf, this always carries the possibility of bias because a person experiencing symptoms is more likely to recall a potentially hazardous encounter.

Researchers had to employ a proxy for veterans’ exposure to sarin — an odorless, colorless gas — in the case of sarin: if they heard nerve-agent sirens go off during their deployment. However, while studies have connected self-reported exposure to an increased incidence of Gulf War syndrome, this does not prove a cause-and-effect relationship or explain why only certain exposed veterans developed symptoms.

As part of the current study, Haley’s team looked at the relationship between nerve-gas alarm exposure and veterans’ genes, specifically a gene called PON1.

According to the researchers and US News, Gulf War veterans who had heard nerve gas alerts during deployment were more likely to become ill. However, individuals who had two copies of the “weak” R form of PON1 had a significantly greater effect.

Veterans who had heard sirens were nine times more likely to acquire Gulf War syndrome in the “RR” group. Alarm exposure increased the risk of sickness by 3.7 times in vets with two copies of the “strong” gene variation.

The findings, according to Weisskopf, provide a “strong justification” for sarin as the principal cause of Gulf War syndrome, albeit other exposures, such as pesticides, could also have played a role.

According to Anthony Hardie, director of the advocacy group Veterans for Common Sense, the findings have substantial ramifications.

Some veterans are still told their symptoms are “all in their heads,” he added, and this study adds to the evidence that Gulf War disease is genuine.

“Right present, the VA denies the majority of veterans’ claims,” he said.

“I believe this groundbreaking study paves the way for the VA to firmly presume sarin exposure for all 1991 Gulf War veterans and stop refusing these claims,” Hardie said.

The findings are based on a sample of a little over 1,000 Gulf War veterans, with half of them suffering from the illness.

Rhodenbaugh, like other veterans, had his disability claims refused for years before his health problems were eventually recognized as service-related in 2019. He credits a letter written by Haley that details his circumstances.

Rhodenbaugh expressed his hope that this study would aid in the compensation of others like him. Even among veterans in his Gulf unit, some have questioned why just some of them were ill despite having the same exposures.

It has long been problematic, according to Weisskopf, to obtain proof of the origin of Gulf War syndrome that is sufficient to persuade “a variety” of parties.

He replied, “Hopefully, this will turn the tide.”