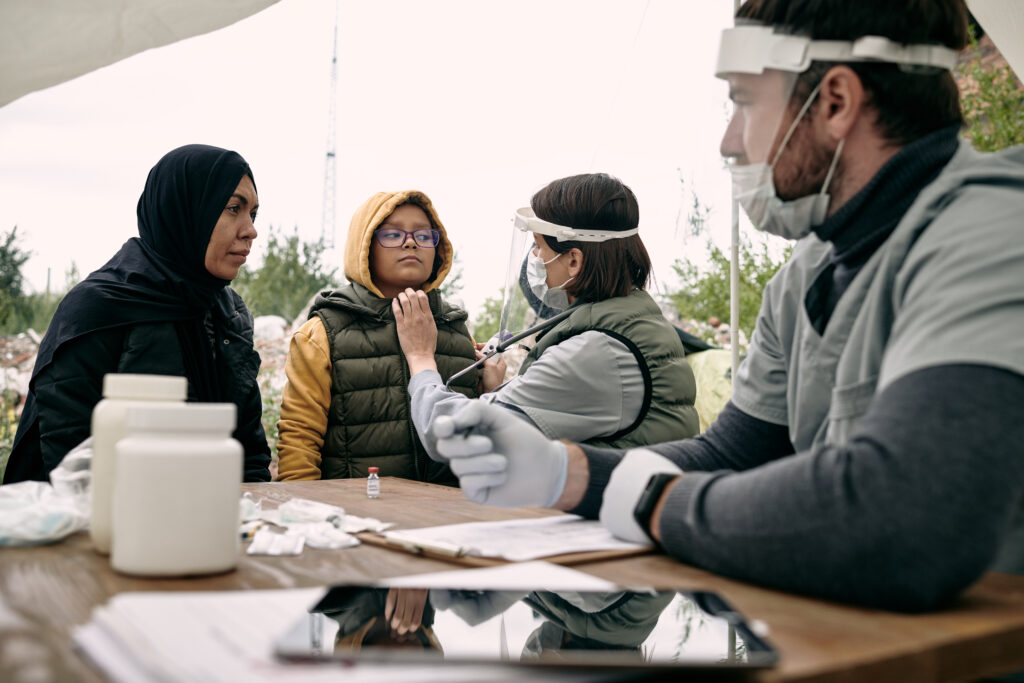 The war between the two former USSR nations has shown some horrifying images of disasters and the destruction of life and property. The Ukrainian crisis attracted volunteer physicians across the globe to assist Ukrainian citizens in need of medical attention. Several medical reception centers have been set up for the same.

The medical reception centers set up by the Polish and Romanian governments at their borders had physicians from various regions of the world who voluntarily entered the conflict zone to help refugees.

According to Dr. Vijai Bhola, one of the voluntary physicians from the US, the conditions in the refugee camps were quite challenging for the physicians.

The biggest challenge for these physicians has been calming down the people suffering from severe trauma. Most of these individuals have had to travel 4-5 days to reach these centers, and the fatigue combined with the traumatic and horrific visuals of war has left them frightened and agitated.

People are not willing to leave their family and loved ones alone, even in safe spaces such as hospitals. They refuse to be separated from them in this depressing time, so it has been challenging for physicians to control relatives while treating patients, Dr. Bhola told medtigo.

Recalling a personal incident, Dr. Bhola said that once there was a sick child that needed medical treatment, but his mother, who was about 4 months pregnant, refused to let her son out of sight for even a moment.

Another significant challenge is to stop the spread of contagious diseases. COVID-19 is still infecting people in Ukraine, but it’s hard for physicians to convince individuals suffering from such trauma to practice COVID-appropriate behavior.

Also, the crowded refugee camps and the medical reception centers are perfect spots for air-borne diseases such as polio to spread. The spread of polio is one of the biggest concerns for physicians in the refugee camps. Thus, controlling contagious diseases is another challenge for them.

Another big challenge has been communication. Most of the physicians in these centers either speak English or Spanish and on the contrary, most Ukrainians only speak Ukrainian or Russian. Moreover, the reception centers are based in Poland, where the local staff speaks Polish. So, often there are three steps of communication at these centers, says Dr. Bhola.

Another significant challenge that the physicians in the medical reception centers for refugees in Poland are facing is the wrath of the harsh weather. When the war began in February, the snow was still falling in Eastern Europe. Individuals traveling in such weather are prone to falls.

Despite these challenges, the humanitarian workers have been successfully able to attend to millions of people who have fled their homes in the hope of escaping the war.