BACKGROUND: Sexual minority women disproportionately engage in heavy drinking and shoulder the burden of alcohol dependence. Although several intensive interventions are being developed to meet the needs of treatment-seeking sexual minority women, there remains a lack of preventive interventions to reduce drinking and its consequences among women not yet motivated to reduce their alcohol consumption.

OBJECTIVE: We aimed to examine the feasibility and efficacy of reducing alcohol-related risks via personalized normative feedback (PNF) on alcohol use and coping delivered within LezParlay, a social media-inspired digital competition designed to challenge negative stereotypes about lesbian, bisexual, and queer (LBQ)-identified sexual minority women.

METHODS: Feasibility was assessed by examining engagement with LezParlay outside the context of an incentivized research study, assessing the characteristics of the LBQ women taking part, and examining the competition’s ability to derive risk-reducing actual norms as well as levels of acceptability and perceived benefits reported by participants. Intervention efficacy was examined by randomizing a subsample of 499 LBQ alcohol consumers (ie, drinkers) already taking part in the competition to receive sexual identity-specific PNF on alcohol use and coping, alcohol use only, or control topics over only 2 rounds of play. Changes in alcohol use and negative consequences were examined 2 and 4 months after the delivery of treatment PNF.

RESULTS: A total of 2667 diverse LBQ women played ≥1 round of LezParlay. The competition attracted large numbers of moderate and heavy drinkers; however, risk-reducing actual norms could still be derived from competition rounds and featured in PNF. Efficacy results revealed that drinkers who received PNF on alcohol use and both alcohol use and coping had similar reductions in their weekly drinks (P=.003; P<.001), peak drinks (P<.001; P<.001), and negative consequences (P<.001; P<.001) relative to those who received PNF on control topics at the 2-month follow-up. However, at the 4-month follow-up, reductions in alcohol consumption outcomes faded among those who received alcohol PNF only (weekly: P=.06; peak: P=.11), whereas they remained relatively robust among those who received PNF on both alcohol use and coping (weekly: P=.02; peak: P=.03). Finally, participants found the competition highly acceptable and psychologically beneficial as a whole.

CONCLUSIONS: The LezParlay competition was found to be a feasible and efficacious means of reducing alcohol-related risks in this population. Our findings demonstrate the utility of correcting sexual identity-specific drinking and coping norms to reduce alcohol-related risks among LBQ women and suggest that this approach may also prove fruitful in other stigmatized health disparity populations. To engage these populations in the real world and expand the psychological benefits associated with PNF, our findings also point to packaging PNF within a broader, culturally tailored competition designed to challenge negative group stereotypes. 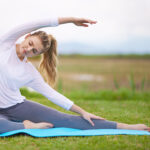 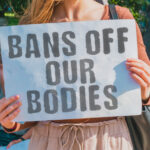 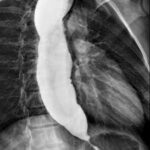 Clinical Case
An elderly man with a history of dysphagia and regurgitation
Posted onJune 29, 2022 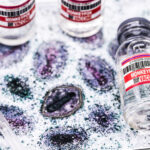